From Bahrain to Canada: A PRA success story

From Bahrain to Canada: A PRA success story

When Dr. Ghaida Radhi left her husband and children in Bahrain to secure entry into the Practice-Ready Assessment (PRA) program of British Columbia (BC), she knew they were in for a challenging transition in their lives. Trained in Bahrain, Dr. Radhi moved to bustling Vancouver alone in order to complete two examinations before entering her PRA route to licensure, subsequently securing permanent employment and a future home for her family. 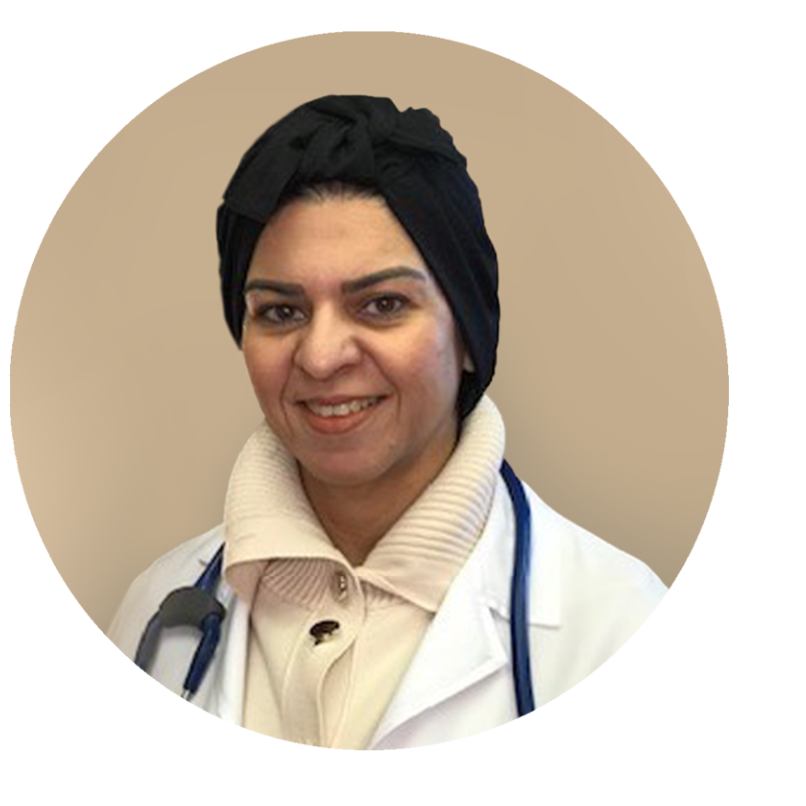 Fast-forward several years, the Radhi family is living comfortably in Williams Lake, BC. They enjoy the serenity and the great outdoors they had envisioned upon choosing their new home while back in Bahrain. “We absolutely love it here,” says Dr. Radhi with a sigh of relief. “We have no plans to move.”

PRA programs offer an alternative route to licensure in Canada for international physicians who have trained and practised in a context that is not known to be comparable to the Canadian context. After an initial screening process, including the successful completion of the Therapeutics Decision-Making Examination, candidates practise in a Canadian province under the supervision of a physician assessor who determines their eligibility to practise safely and independently in Canada.

After completing her Medical Council of Canada examinations in Vancouver, Dr. Radhi joined the fall PRA-BC intake of 2016, completing her 12-week field assessment in Clearwater, about 200 kilometres east of her current family home. Eager to reunite with her family, she transitioned to her return of service in Williams Lake less than a month after the completion of her PRA program.

Dr. Radhi has been recognized as an excellent candidate of the PRA program but notes that her experience during those 12 weeks was anything but easy. Despite having the added burden of adjusting to the Canadian medical system, her assessor treated her as he would any Canadian physician with her level of experience – there was no hand holding. “At first it was overwhelming,” she recounts. “For example, I was on call during Christmas and wasn’t able to go home to see my family. There was a lot of pressure. At first it was all a little too much for me, but now I look back and I think that’s the way it should be. By the time I came to Williams Lake, I was well equipped for the challenges of every day medical care here.”

While adjusting to the pace and the breadth of responsibility was a challenge, Dr. Radhi notes that adjusting to Canadian medical care, specifically, turned out not to be very difficult for her. Bahrain bases much of its medical guidelines on those of the United States, which are similar to Canadian guidelines. Once she had obtained her provisional licence and was practising and living with her family in Williams Lake, the bigger challenge of adjusting to life in Canada was integrating into their new social environment.

“It is difficult at first,” she says. “We’re Muslim, we’re the first Muslim family in Williams Lake. You know, it’s tough when you come from a different culture and religion. People look at you.” Thankfully, however, her family’s optimism and perseverance ultimately trumped any perceived cultural barriers, and it wasn’t long before the residents of Williams Lake embraced the new residents. I would say that the best thing you can do is engage with the community. Put yourself out there. Sign your kids up for hockey, for example. That’s how the other parents will get to know and trust you.

Her husband, who was an accountant in Bahrain, now volunteers as a soccer coach to engage with the locals, and after a lengthy job search, has found a job bookkeeping for a local family company. Their two sons, 10 and 7, are very active, love the outdoors, and are enjoying hockey, lacrosse and soccer. Their daughter, 14, has taken up the violin. “We’re part of the community now,” Dr. Radhi adds, with confidence.

After moving to Williams Lake, Dr. Radhi undertook additional training to become a family practice oncologist. She received the Irwin Bean Certificate of the College of Family Physicians Examination Award from the College of Family Physicians of Canada (CFPC). Dr. Radhi received this award for having the highest standing among practice-eligible candidates in the CFPC’s Certification Examination in Family Medicine in 2019. “She is a tremendous asset to Williams Lake and PRA-BC is very proud of her!” says Dr. Jack Burak, Clinical Director of PRA-BC.

With all these achievements and milestones now behind her, Dr. Radhi is mainly focusing on the present — work, family and the community. However, her thirst for learning and advancing her career has her flirting with the idea of another degree. “I teach University of British Columbia medical students here in Williams Lake, as they have to complete a month-long field component in a rural area, and it really motivates me,” she says. “I really love teaching and I was thinking of maybe pursuing a master’s degree in education.”

Whatever the future holds for Dr. Radhi and her family, it will certainly be nothing short of inspiring, as is illustrated by this positive NAC PRA experience.

Striving for the highest level of medical care in Canada through excellence in assessment of physicians.